Will A Solar Panel Work Behind Glass? 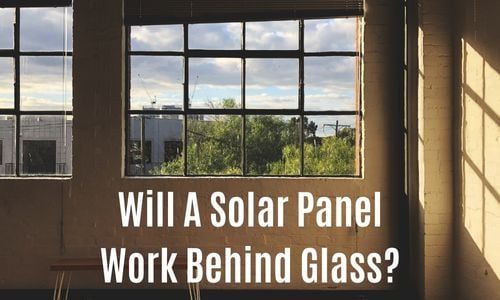 Through the years we have fielded almost every solar related question you can imagine.

One that consistently comes up is the possibility of collecting solar energy through glass.

Let’s explore if this is possible, limitations and which solar technologies perform best with a glass barrier between them and the sun.

Additionally, we will uncover what, if any, are the differences in collecting solar energy behind windows in buildings and windows in a vehicle.

Windows have multiple functions, and despite their appearance of high transparency and high color rendering index, there is still a significant amount of light that is not transmitted through a window.

Figure 1 shows the transmission of common types of building window glass. Transmission for clear glass is less than 90% of the possible light based on the ideal angle of light incidence.

For high-efficiency Low-E windows, the light transmission can be much lower, especially in the infrared.

This can be especially problematic for solar technologies such as CIGS, perovskites, polycrystalline silicon, and monocrystalline silicon since about 50% of the light that they collect is from wavelengths between 800 - 1200nm.

Amorphous silicon collects light from wavelengths between 400 - 700nm, resulting in far less rated power loss behind a window than with other technologies. 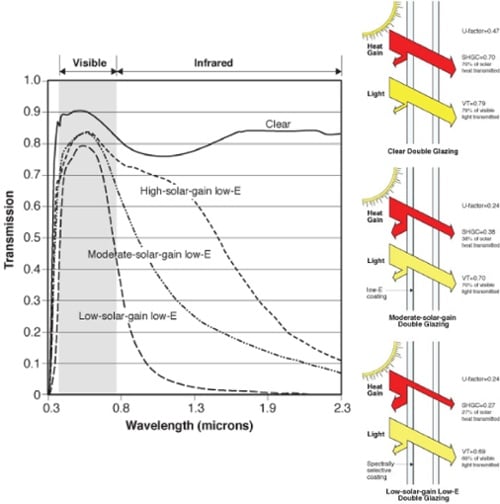 In addition to loss due to window transmittance, there is also loss from window reflection as the angle of light incident on the window changes, as shown in Figure 2.

The transmittance of the glass remains relatively constant up to about 60 degrees at which point it drops rapidly due to increased reflection off of the front surface of the window. 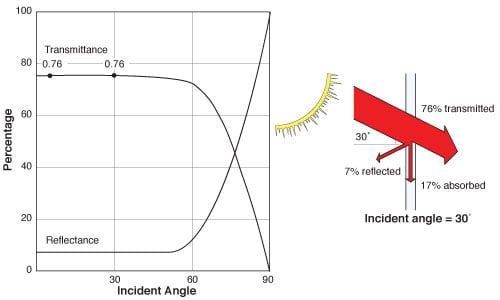 Figure 2: Transmittance/Reflectance of a window compared to the angle of incident light.

Figure 3 shows how an amorphous silicon panel would perform if placed behind clear window glass on a building when compared to a panel that is south facing and vertically mounted on the outside of a building.

These measurements were taken in September at a longitude of 42 degrees north at solar noon, so the altitude of the sun from the horizon was about 53 degrees.

The figure shows that the amount of diffuse light collected through the window on the sides of the building is quite low 7-15% during ideal sun conditions.

Early in the morning a panel mounted on the east side of a building will produce more power, but as the day progresses its power production will drop below 15%.

The panel on the north side of the building will rely on diffuse light throughout the day keeping its power yield quite low. 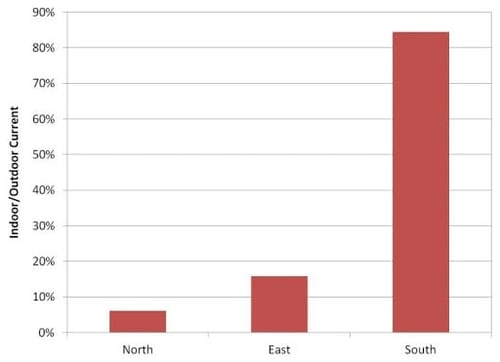 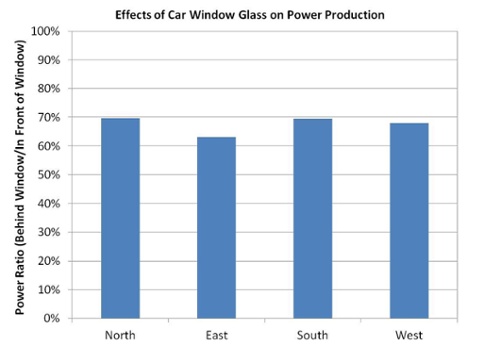 Figure 4: Power generated through the windshield of a vehicle compared to a panel placed on the hood when the vehicle is facing in each of the cardinal directions.

A final comparison is made for the solar performance of a panel placed in the window of a vehicle compared to sitting flat on the hood of the vehicle, as shown in Figure 4.

This shows that placing the panel behind the windshield will reduce the light received by the panel by 30-40% as a best case.

If the window is tinted, the results will be even worse. Even low levels of tinting will have a significant impact on light collection.

For a crystalline silicon panel mounted below a tinted sunroof, the light available could easily be 5 - 8% of the light shining on the roof of the vehicle.

In summary, it is possible to collect solar energy through glass, but the amount of energy will be significantly less.

If you can mount the panel in direct sunlight without any barriers, this is always an advisable solution. If not, amorphous silicon is an ideal choice due to its ability to harvest more energy through glass than other technologies.

Want to learn more about our perception of light and how much solar is available in different environments? Check out our post, Solar Intensity: Looks Can Be Deceiving or Outdoor vs Indoor Solar: The Key Differences.

Interested in learning more about PowerFilm’s custom capabilities and how we can walk through all the different variables to account for when designing your next solar product?

We would love to start a conversation.

Whether addressing potential pitfalls in design, environmental effects and limitations or the best product encapsulation, we know custom solar and will help take your product plans to full-scale production.